Broccoli is probably my least favorite vegetable, unless you count mushrooms as a vegetable, in which case they win (or lose?) by a landslide. However, broccoli spinach casserole, veganized from my mom’s recipe, is a complete game-changer. 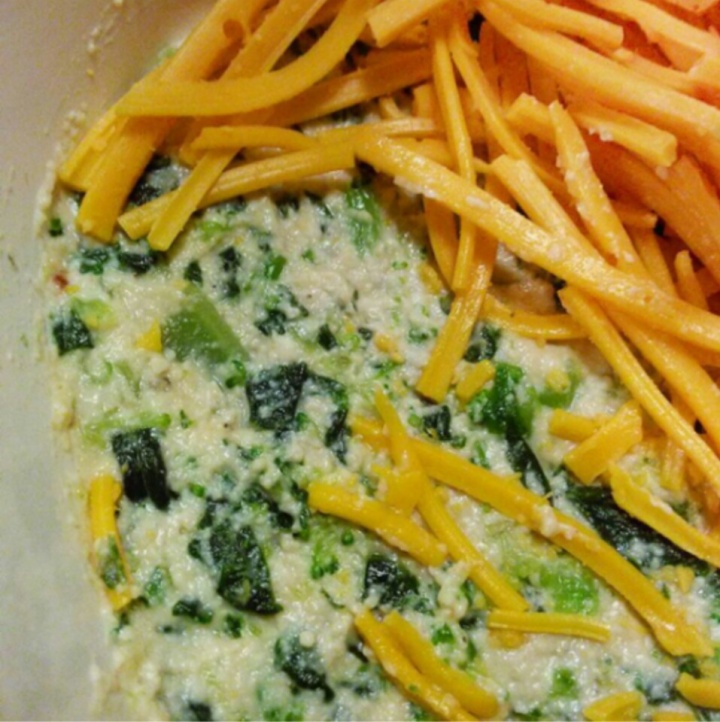 For the full recipe and nutritional information, click here or keep reading!

For me to actually like broccoli, I need to chop it up quite small. I don’t know why. So for this recipe, I use a pound of chopped broccoli and a pound of chopped spinach. (Note: in the photos on the post, I’m making a half-size recipe. The recipe below, however, is a full-size recipe. If you plan to make one similar to the picture, just use half the amount of the ingredients.) I’ve used fresh and (usually) frozen, all broccoli or half-broccoli, half-spinach. You could probably substitute just about any vegetable you want, but these are the only variations I’ve tried. If using frozen like me, be sure to defrost the veggies in a colander with hot tap water and squeeze out as much water as possible. 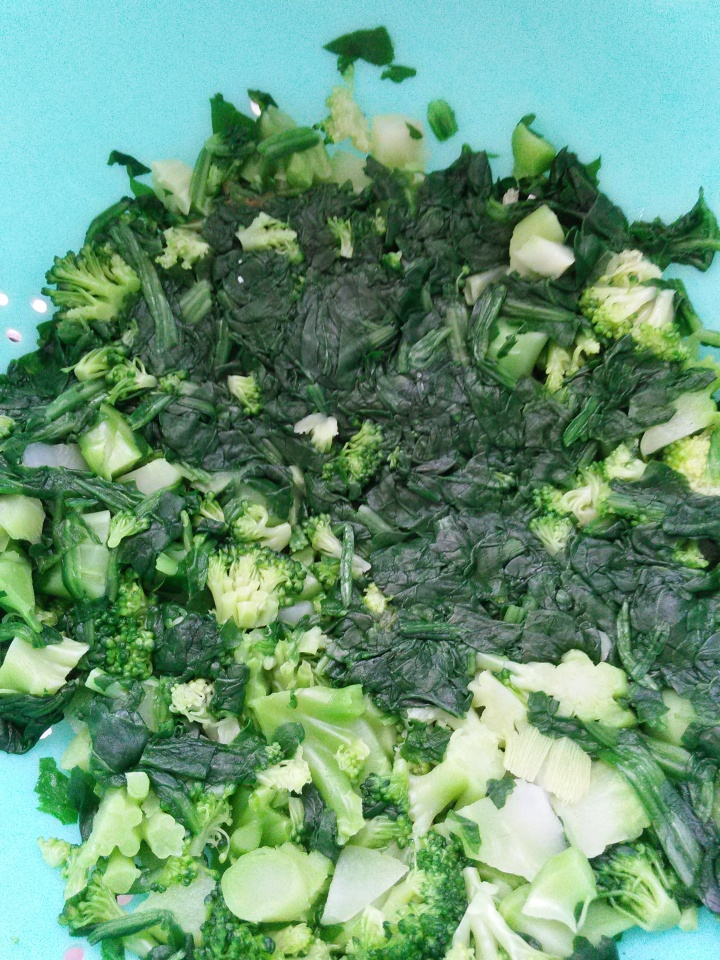 Now onto the “soup” mix. Traditionally, the recipe calls for a can of cream of mushroom or golden mushroom soup. As that is obviously not vegan, I use silken tofu, a variety of herbs and spices, and a dollop of vegan mayo. The latter can be substituted for more tofu, but as the original recipe also calls for mayo, I like to keep this one as close as possible. 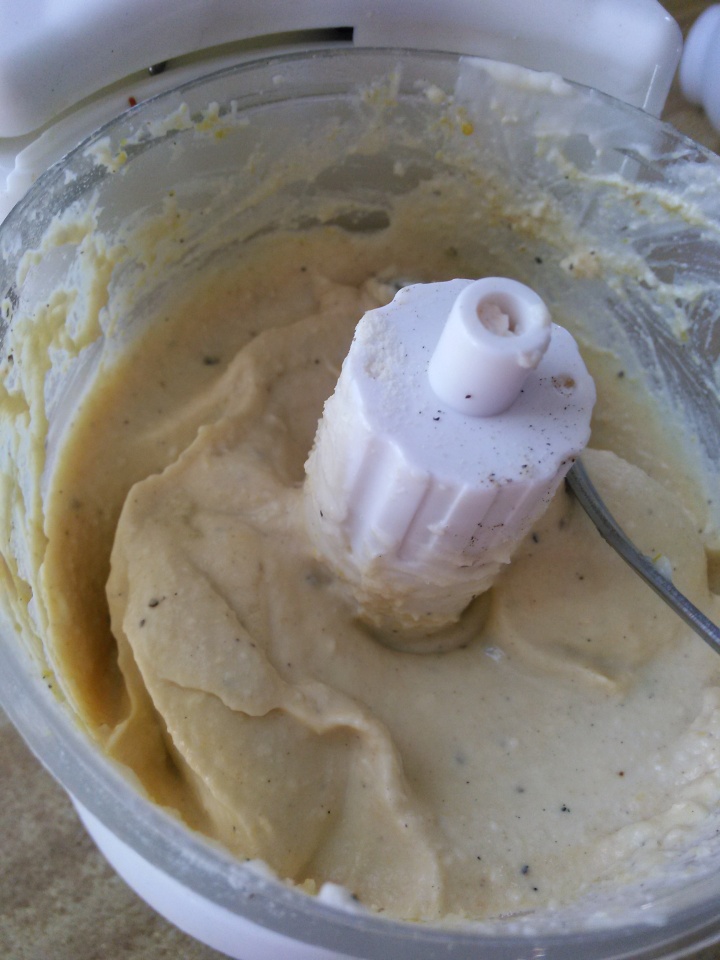 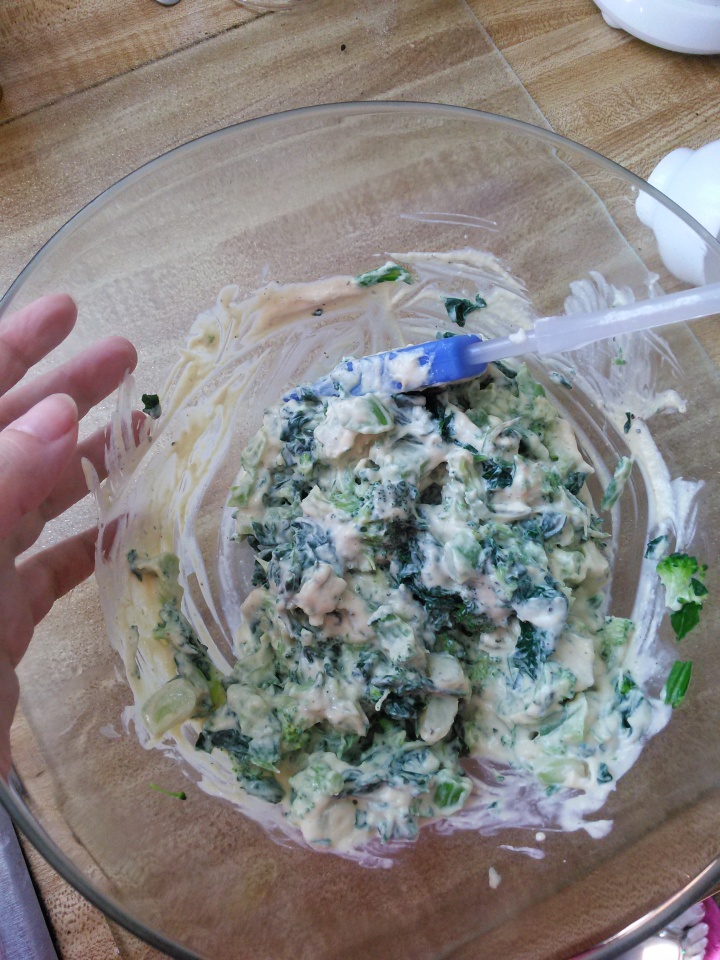 Now sprinkle on a generous layer of vegan cheddar. You’ll want to use one that melts but still slightly keeps its shape rather than one that completely turns to liquid. I use Daiya cheddar shreds. 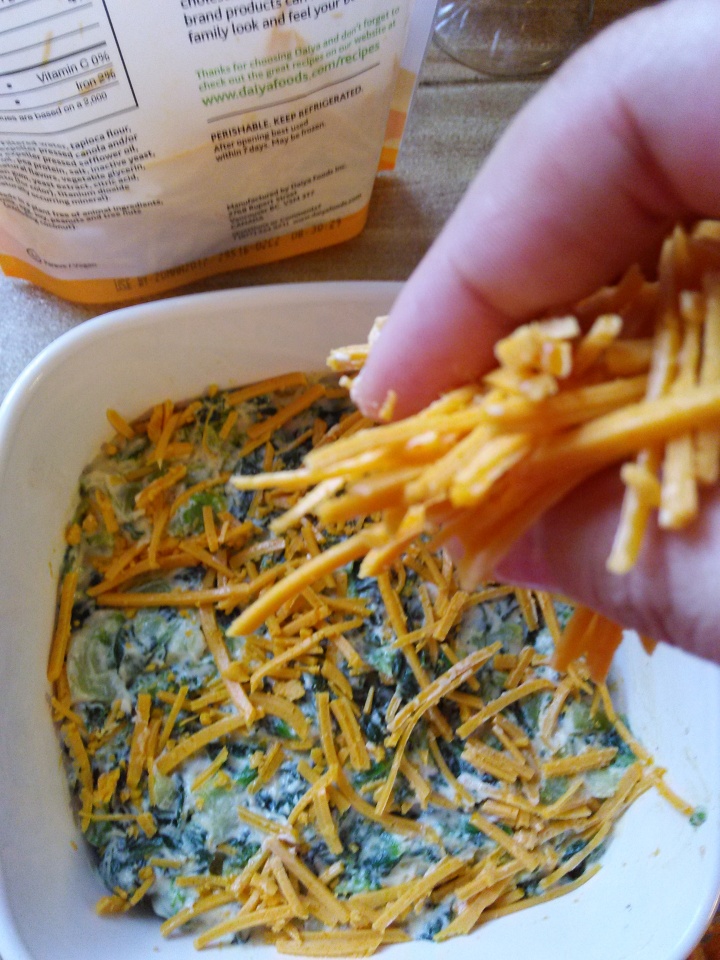 At this point, you can freeze the casserole and finish it off on Thanksgiving. For the topping, I used to use StoveTop Savory Herbs stuffing, but they have decided to put chicken broth in it now. So this time I recreated box stuffing*. I bought this “stuffing bread” at Wegmans; basically, it’s unflavored croutons. I broke them up a bit so they’d be little cubes rather than strips. 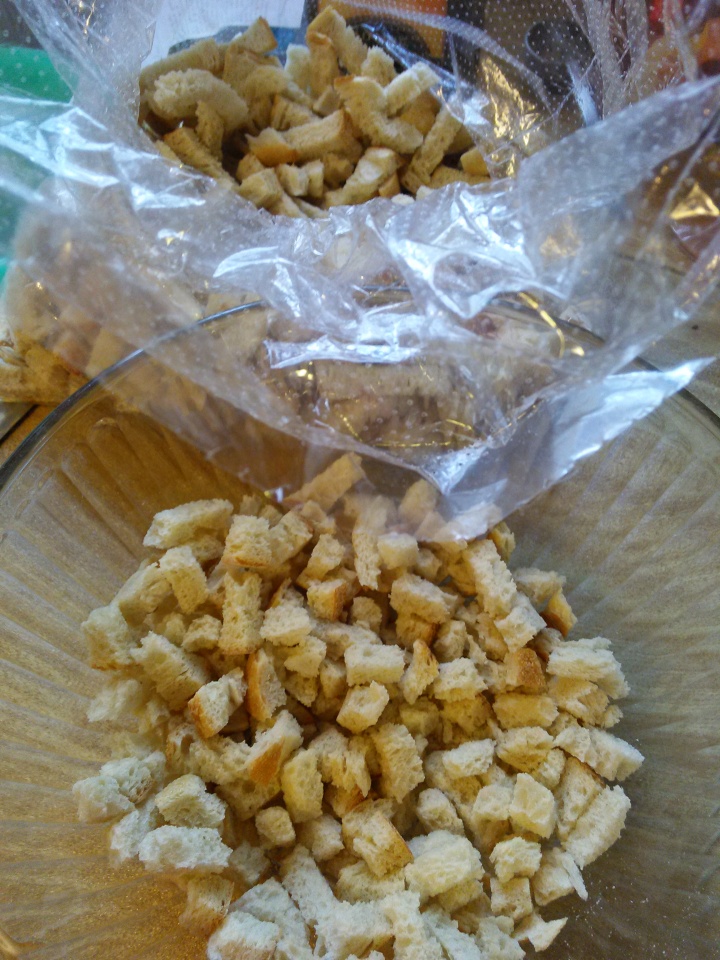 I mixed a couple of bouillon cubes with vegan butter and a few herbs and spices. I popped this into the microwave for a couple of seconds to melt the butter and stirred it all up. 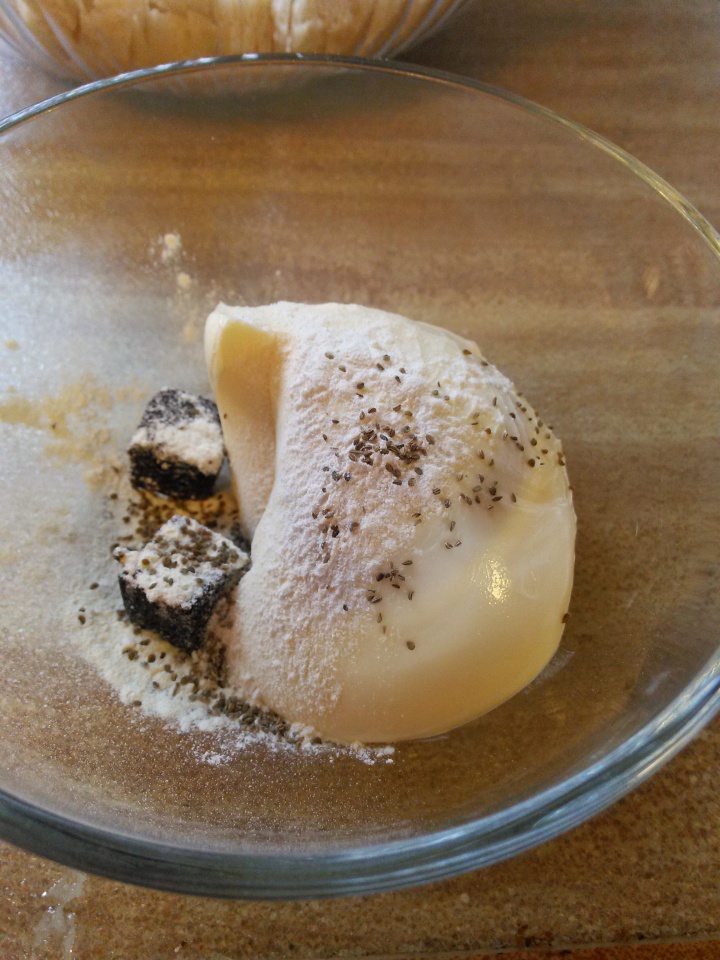 Then I tossed the stuffing bread with the herb-butter mix until thoroughly coated. Layer that on top of the cheese.

(EDIT: I found out not long after publishing this post that Pepperidge Farm Classic Herb Seasoned Stuffing mix, which is what was used in the original non-vegan recipe, no longer contains milk, which renders it now vegan! Simply toss that with your melted butter for a much better result.) 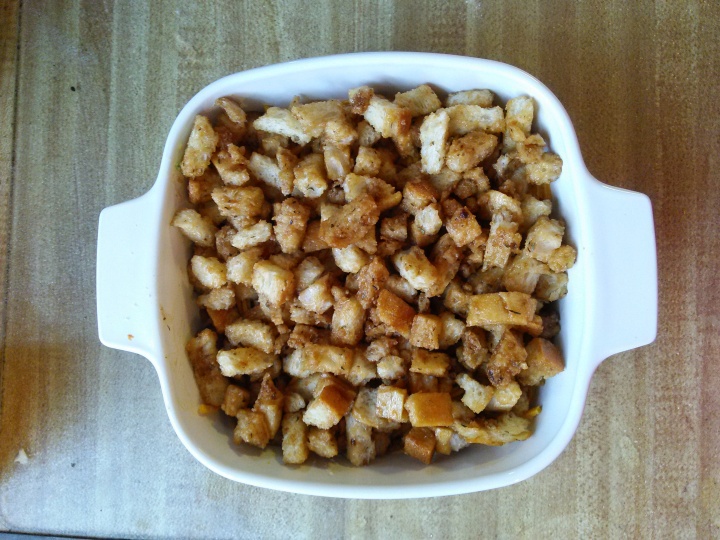 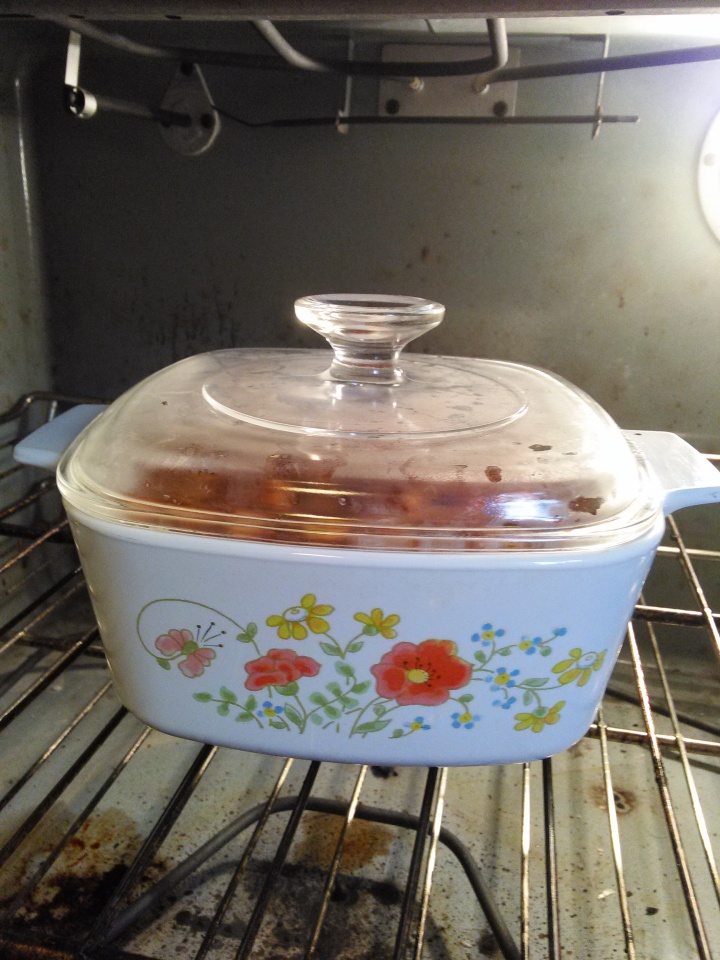 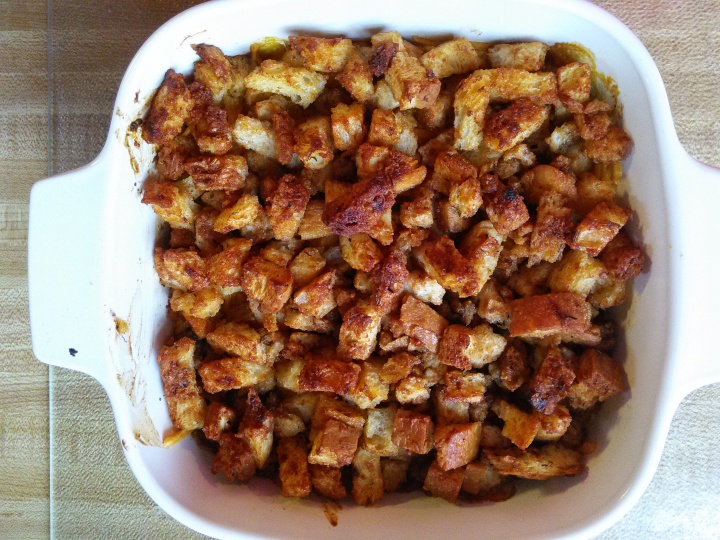 This is NOT low-fat, low-sodium, low-anything. It’s a once-or-twice-a-year veggie extravaganza. It’s a dish to show that vegans can eat amazing rich delicious food. And maybe broccoli isn’t all that terrible. 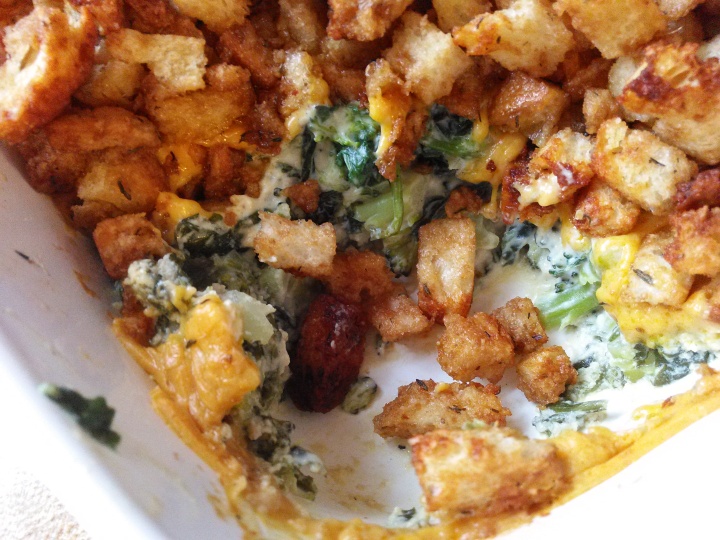 Have you checked out all of my Thanksgiving recipes? I’ve covered everything from Brussels sprouts to pumpkin pie, so check them out! Next week, I’ll have TWO last-minute recipes: Maple Dijon Carrots and Cheesy Garlic Mashed Potatoes.