An inside look at the creative process of this generation’s greatest prankster (or perhaps not).

I can remember exactly what prompted me to start making an April Fools’ flavor every year. The first one was in 2014, and we were having a particularly bad spring as for as ants and spiders were concerned in our house. One of many insecticides I bought (I was not vegan yet) was this bug spray, which “contains botanical insecticides”, which, at the time, seemed like a good thing to use around the house. It seemed funny to me, though, that they made it seem (at least to me) like the bug spray was a natural product, when in reality it only contains 0.1% of the botanical insecticide. It’s funny the things that will be marketed as natural, I thought to myself, when they have little to do with nature. Then it hit me: wouldn’t it be funny if I made an April Fools’ lip balm flavor? After all, it is on April 1st, and I do announce the current Flavor of the Month on the first of each month. Thus the Molly Rose April Fools tradition was born.

Christmas 2014 was the first Christmas that I had cats, and naturally I spoiled them with lots of cat toys, all of which ended up under the basement door (their favorite toy hiding spot) by the end of the year. Seeing dozens of tiny cat toys strewn across the basement steps gave me the idea for 2015’s flavor, Kitty Litter, the photo for which featured some of those very toys.

2016 was pretty simple. What is the absolute last thing you would want to smear on your lips? That’s right: actual Garbage.

In 2017, I wanted to work the angle of being new and exciting, and what’s newer and more exciting than a New Car? 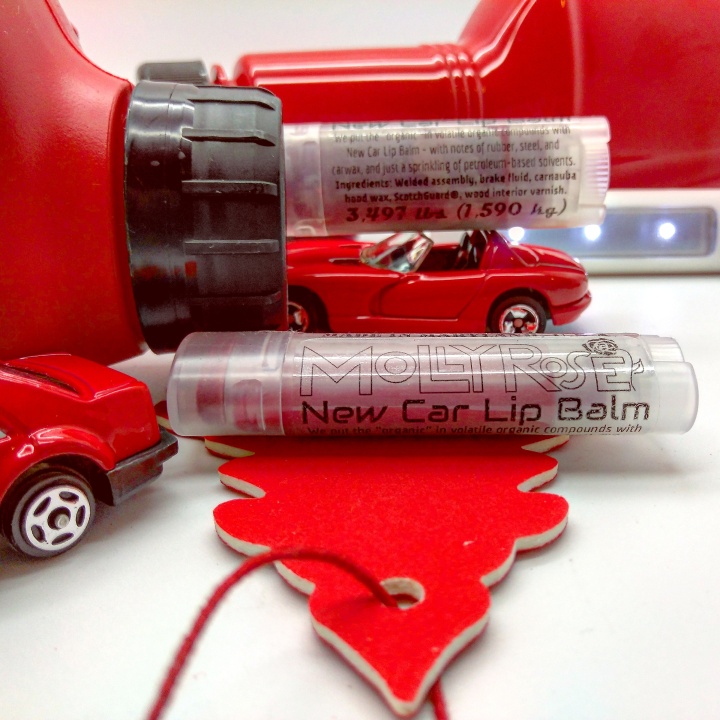 This year took me the longest to come up with, and in hindsight, the idea seems so obvious! Since April Fools coincided with Easter Sunday, I wanted something Easter-y, but gross. Finally, I came up with Rotten (Easter) Egg! 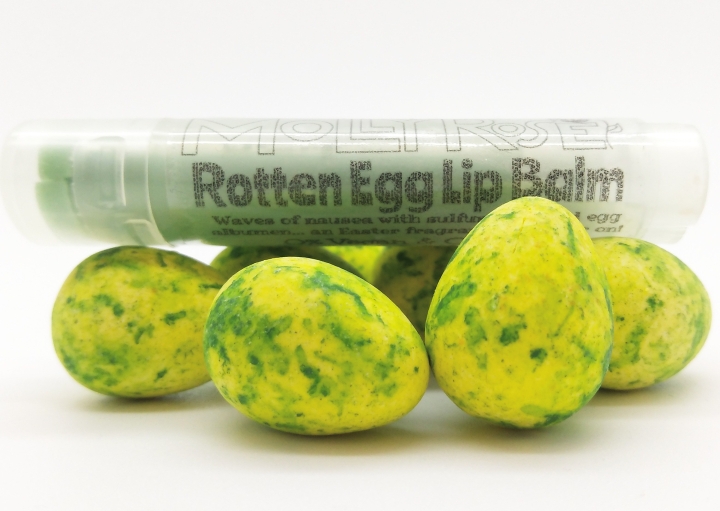 I always have a lot of fun when coming up with ideas for how to stage my products for photographs, but never more so than when doing the April Fools’ photos. They’re all so strange and quirky, and I really hope my joy and humor come through in the finished product!

And the hardest part? Well, I’d say it’s coming up with a flavor that’s unbelievable enough. I mean, when you’ve made flavors like Cheese & Onion and corndog, something slightly unbelievable just isn’t unbelievable anymore.

Next week, we’ll talk about what it’s like when you have a failure product, and how to bounce back from it.